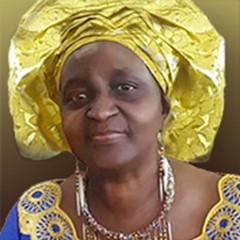 ACP is blessed to welcome the Rev. Grace Imathiu to the pulpit.

Rev. Imathiu will be preaching from Kenya, where she is visiting her parents who contracted the Covid virus.

Rev. Imathiu is Senior Pastor of First UMC Evanston. She has also served churches in Kenya as a church planter; a superintendent minister overseeing 68 rural churches in Nkubu; and an urban minister to an ecumenical congregation in Nairobi with strong outreach to the neighboring slums of Kawangware. Pastor Grace is intimately familiar with the Church in its many theological expressions and social locations.

Grace loves people and has a passion and gift for inspiring and nurturing communities of faith to live out loud the prophetic story of Jesus. For Grace, the quintessential expression of the resurrected Lord’s presence is a community whose very DNA is a radical hospitality which births a loving and a healthy tension that is ideological, theological, racial, ethnic and cultural.

For Rev. Imathiu “the world is her parish”. As an African who is married to a European and is raising an American son, Grace is committed to advocating for the inclusion of all people. She has preached in Germany, Ireland, New Zealand, Togo, Liberia, Denmark, Australia, Malaysia, Brazil, and all throughout the United States. In 2016, Rev. Imathiu preached for the third time at the World Methodist Conference held in Houston, Texas – an event attracting 3,000+ participants from more than 80 countries.

Grace is married to David Hay Jones and together they are the parents of Erik Imathiu-Jones an 11th grader at Providence St. Mel School in Chicago.